the Wooden
Musical Wheel in action

the Wooden Musical Wheel is a great tool for practicing and song writing. With its unique approach to layout all "the right notes" within a scale, music theory becomes more approachable and fun for a wider audience.

In this page you can experience some of its main use case scenarios.

Get a QuoteHow it Works? 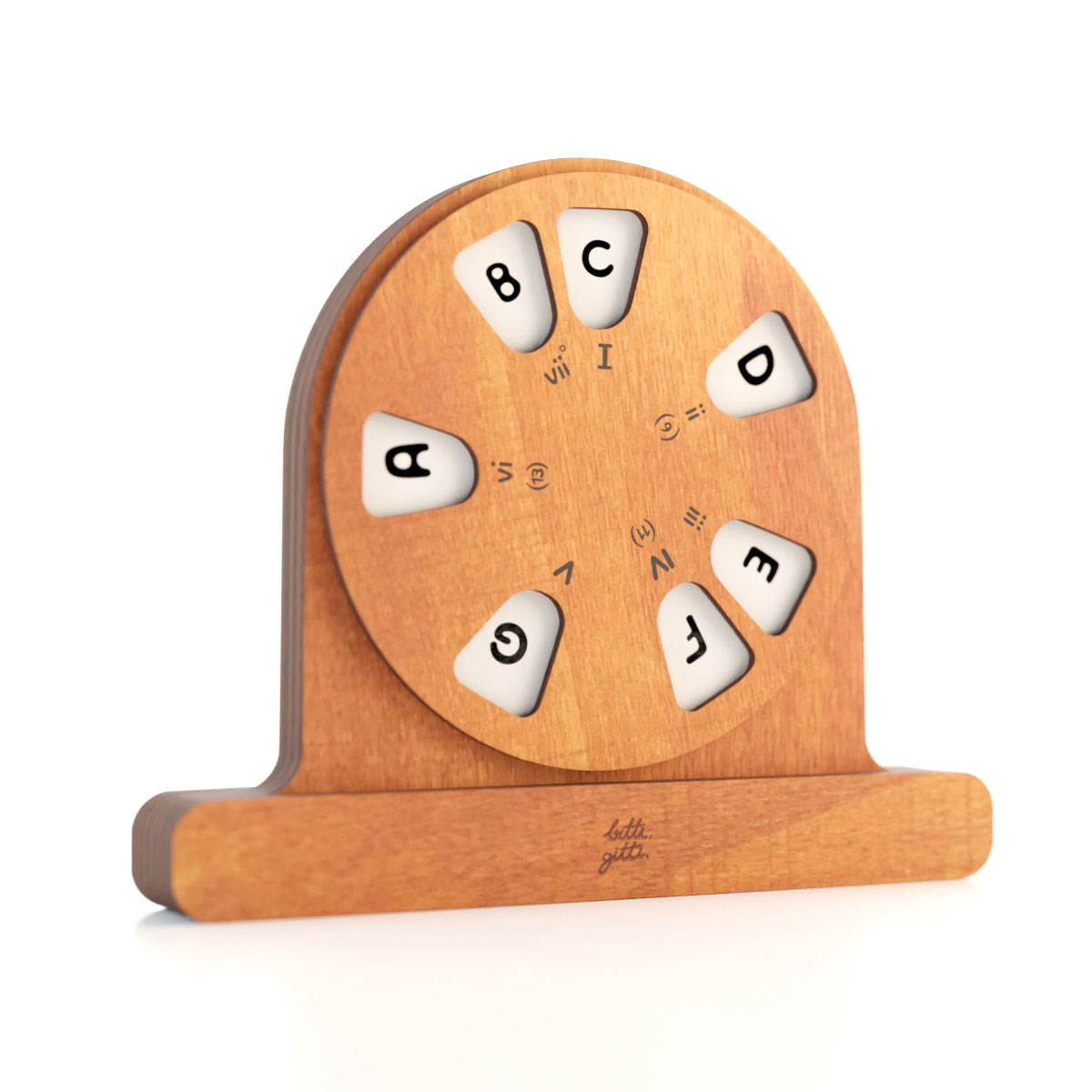 The major scale is one of the most commonly used musical scales, especially in Western music.

There are many ways to practice and memorize major scale in every key. the Wooden Musical Wheel is a great tactile and visual representation of it.

You can find all the notes in any major key by placing I aligned with the desired note. 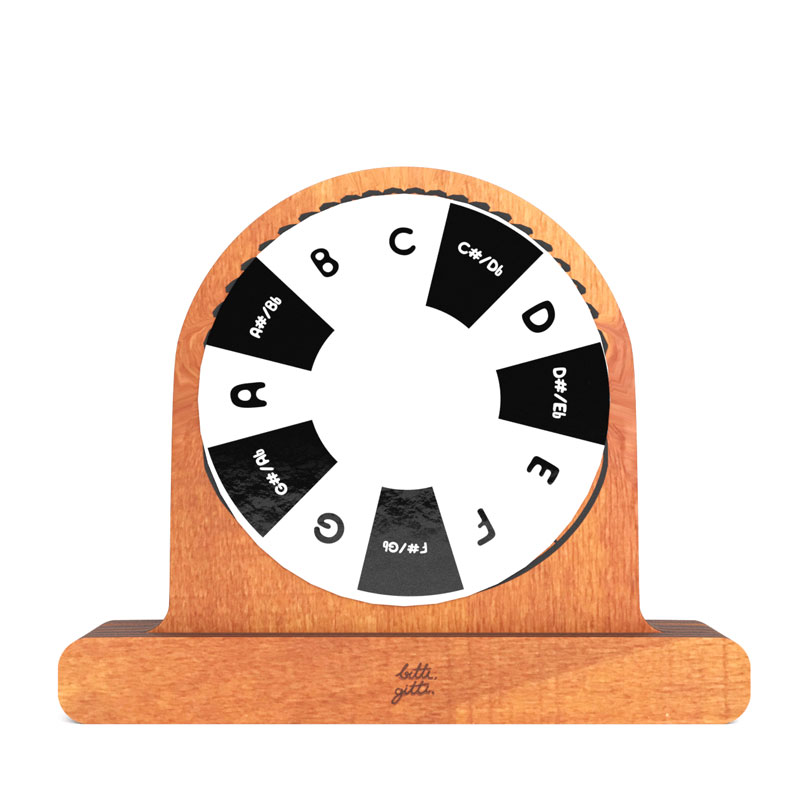 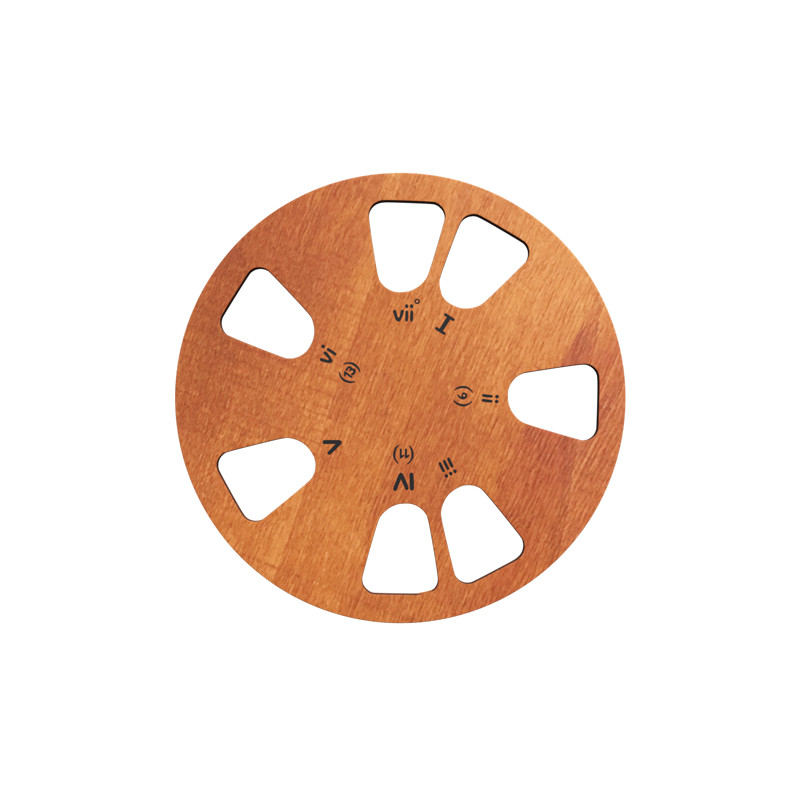 We can make chords, mainly using 1,3 and 5th degrees. Instead of following numbers, another easy way to visualize it is skipping a note in a scale. Let's make C major chord as an example;

We can also spice up the mood of the chord by extending it with the other scale degrees. Extended chords are widely used in soul and jazz tunes.

the Wooden Musical Wheel is a great tool to build chords from desired scale degrees.

the Wooden Musical Wheel is not just made for major keys, it actually represents all 7 modes; Ionian, Dorian, Phrygian, Lydian, Mixolydian, Aeolian and Locrian.

As the roman numerals under each hole represents whether its a major, minor or a diminished tonality.

By borrowing chords from other scales, you can create variety of expressions within the same chord progression. Instead of just using the diatonic scale degrees, we can temporarily make our ii chord as I and create a chord progression based on it.

Thanks to the Wooden Musical Wheel, even not so experienced players like us can come up with the "right notes" on the spot as in this improvisation on Erik Satie's Gnossienne #1 piece.

To find the diatonic notes in F minor scale, aligning Vi to the F in the Musical Wheel is enough to reveal all the related notes in the scale.

You can download the backing track we've made for this tune below.

the Wooden Musical Wheel is available for wholesale all around the world. As a global design studio, we present a variety of options to make the process as easy and fun as possible for you.
‍
If you'd love to present the Wooden Musical Wheel to your customers, please to fill out the form to get a personal assistant on how to make a great start with Bitti Gitti products.

Thank you! Your submission has been received!
We'll be getting in touch with you soon.
Oops! Something went wrong while submitting the form.

Check us out on Spotify